Donut King chain to introduce emoji donuts in US

Emojis bring our sentences to life by portraying our facial expressions and moods on impersonal platforms. Ever since their origination in 1990s, they’ve taken not only the online platform by storm but have also entered our Almirahs in the form of wearables and kitchen accessories and are now moving on to eatables. Yes, you read it right! Emojis will now be seen on donuts.

The Emoji Company has partnered with the popular Donut King chain to create a range of first of its kind emoji featuring donuts. 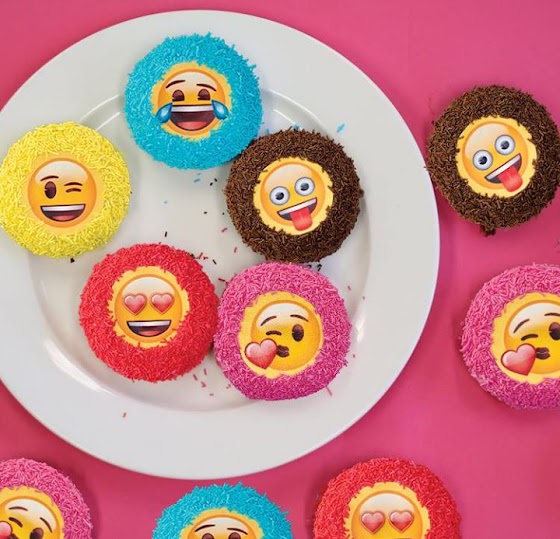 The emoji design donuts will be available across United States from 16th October, 2016 and will feature five most popular emojis, namely, ‘Winking’, ‘Stuck-Out Tongue’, ‘Heart Eyes’, ‘Throwing a kiss’ and ‘Tears of Joy’. These donuts are covered in white icing with sprinkles of blue, pink, red, yellow or brown colour along with an edible image of one of these five emojis.

A ‘Don’t touch my emoji’ campaign has been designed to kick start this project including point of sale and social media advertising and promotions.

Emoji donuts are exclusive to Donut King and are sure to bring delight to fans all across the country.